X-Men dueling with Sentinels who are attempting to subdue them
How is POP Struggle depicted in comics?

As with all products, I do not claim that state-dissident interactions are the whole story or even sometimes a major part of them. Rather, I claim that contentious politics is part of the story.

X-Men as an example

Had to go with the old classic to provide an example.  Talk about a tie to contentious politics.  One of the pillars of the series (Magneto) survives the Holocaust and draws upon the idea/rhetoric of early Malcolm X as he generally advocates separation between mutants and humans with the former dominating the other.  The other pillar of the series (Prof. X) draws upon the idea/rhetoric of Martin Luther King advocating that mutants and humans could and should live together with the former protecting the latter where possible.  Think that this is a stretch?  Look at the images below by first "Black Kirby" and then Jack Kirby as well as Stan Lee (creators of the X-Men).

Oh, it goes on over the series.  The US government gets fearful of the mutant "menace" and they construct "sentinels" - unfeeling, robots (seen in the image above) to seek out the mutants and destroy them.  On Genosha, there is an effort put in play to eliminate mutants entirely - genocide rearing its ugly head again. 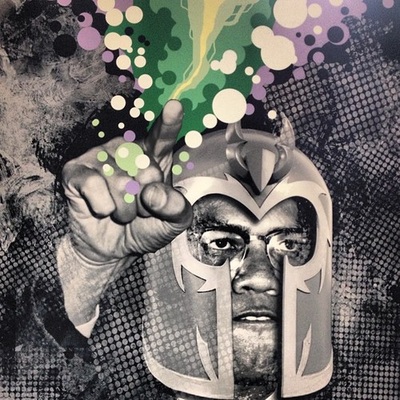 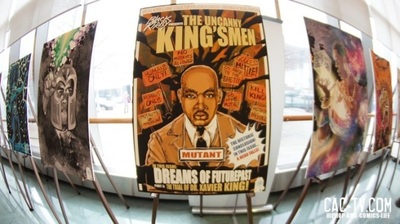 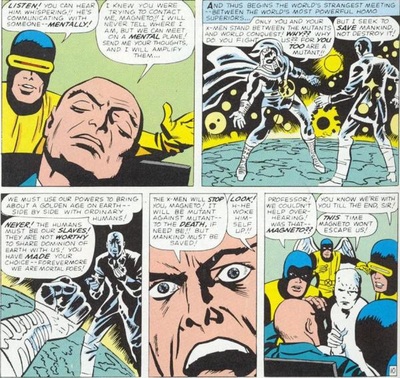