Scene from Battle of Algiers
How is POP Struggle depicted in film?

Star Wars as an example 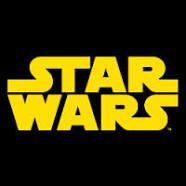 Princess Leia (revolutionary) tries to find Obi Wan (former Jedi and now persecuted community) to help in fighting the overly-repressive Empire but he is busy watching Luke Skywalker (son of Darth Vader - former member of now persecuted community turned rebel turned government enforcer) who has to recruit Han Solo and Chewbacca (con-beings and hustlers turned rebels) as well as a bunch of others. This is just for a few of the films of the series.

Talk about a story.  First there is legitimate democracy, then it gets subverted, then there is a coup and large-scale massacre of the Jedi (politicide), then there is an establishment of an autocracy, an Empire, a sustained insurgency (Princess Leia's group), they have a little success (blowing up the death star), the Empire "Strikes Back", Luke gets some training on how to harness "the Force" from the one and only Jedi-trainier Yoda, the rebels hook up with some furry creates and then kick some Empire butt.  Classic repression and dissent told over 9 films, dozens of comics, cartoons, video games and with more to come.  Obviously my retelling is chronological to the series not in the order that we saw them.


I would like to say that you could not make this stuff up but George Lucas did an amazing job doing just that.
Partial list of relevant films: